My wife of 18 years decided to have an affair with a married man named Mark. After their two-month fling which resulted in them having sex (according to Allie) 4-5 times, Mark’s wife decided to divorce him. On May 1st, 2018, Carrie filed for a divorce just three months shy of their own 20th anniversary. 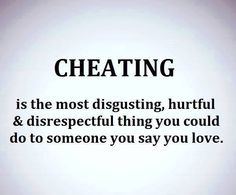 Mark and Carrie have four children together and I think three are minors. I believe that one is older than 18. Carrie hasn’t worked since they had their first child just about 19 years ago. So, she is 100% dependent on him making money. Idaho is can be an “at fault” state with regard to divorce. One of the grounds for divorce is adultery.  From what I hear, judges in Idaho don’t look favorably on adulterers.

I don’t think Carrie will be happy with anything less than lifetime support, half of all marital assets (houses, business assets, personal property, etc.) plus support for the children. All in she’s probably looking at $4,000+ each and every month from Mark. Once the kids reach 18, child support probably ends, but the payments for college do not. At any rate, it’s gonna cost him for a long, long time.

I have to wonder: Was it worth it? I mean, I think my wife is gorgeous but no amount of sex is worth that much each month as a “payment.”  Was it a big ego boost? What in the world would drive a person to risk their marriage, the mental health of their children, their finances, their reputation, and their future? Some sex? A couple of months of feeling good? It is crazy to me.  I simply cannot fathom it.

Even if he was completely unhappy in his marriage to Carrie, wouldn’t it had been much better and more honorable to come to her and ask for a divorce citing his unhappiness? Believe me, I am asking the same questions about my own wife each and every day.

I would say it’s out of character. But is it? Maybe it’s in character and that is the precise issue. Perhaps that it is a deep addiction issue or a huge character flaw. Affairs aren’t normal. They aren’t. But there isn’t a simple solution.

Carrie found her solution. Divorce Mark. He deserves worse. But so does Allie.